This Saturday, noted labor activist and historian of Rhode Island,Irish- American,& labor history, Scott Molloy, will be honored for his life time of service to Rhode Island’s working class by serving as the Grand Marshal for the 2018 Providence St. Patrick’s Day parade.

The Rhode Island Labor History Society, along with many Rhode Island labor unions, will be marching in the parade. We welcome all members and supporters to join in the fun on this special day.

If you would like to march with us in the parade, please assemble at the Rhode Island AFL-CIO headquarters, 194 Smith Street, Providence, between 10:30 and 11:00 AM, this Saturday, March 10th. The parade kicks off at 12:00 PM sharp.

Thank you, and hope to see you this Saturday!


An impending US Supreme Court decision threatens the right of public employees to union representation and collective bargaining, and it is a decision that will “hit every public-sector worker across this country,” says Corey Upchurch, a school bus driver for special needs children in Washington DC.

“Just imagine if money is taken off your table, or you’re not able to send your child to college or you not able to retire because you don’t have a pension,” says Upchurch, a father of three children, ages 16, seven and five. “That’s what this case is trying to do.” -READ MORE


The statewide teachers’ strike that shuttered West Virginia schools for almost two weeks appeared all but over on Tuesday when Gov. James C. Justice signed a bill to give teachers and other state employees a 5 percent pay raise.

A crowd of teachers wearing the red T-shirts that have come to symbolize their strike cheered as Mr. Justice, a Republican, signed the pay raise bill in a theater on the Capitol grounds. The bill had been passed unanimously earlier in the day by both houses of the Republican-controlled Legislature. -READ MORE

The Teamsters negotiated wage increases totaling $5 per hour over five years with full retroactivity to April 1, 2017. These are record annual hourly increases for full-time DHL Teamsters. In addition, the agreement provides contribution increases totaling up to $6 per hour to maintain and protect current healthcare and pension benefits. Workers also ratified more than 28 riders. -READ MORE


The bricklayers work with ruthless efficiency, scraping and slathering mortar brick after brick, tamping each down to ensure everything is level. By the end of a single hour, with thousands of spectators watching, they have built a stretch of wall that would be a day’s work for a mason building at a normal pace.

“I’m on the edge of crazy when I’m laying brick,” said Matt Cash of Charlotte, N.C., a defending champion of the Spec Mix Bricklayer 500, the world’s largest competition of bricklayers. -READ MORE

March is Women’s History Month. The American Labor Studies Center’s website includes excellent resources for you to read and pass along to members. WEBSITE

Lawmakers reached a tentative deal to give striking teachers a 5-percent pay raise. It will end the state-wide strike that kept students out of class for nine days. NBC’s Ron Allen speaks with protesters at the state capitol in Charleston, West Virginia. -WATCH VIDEO


64,000: That’s how many good-paying jobs in America’s steel industry have been lost since 2000 because of predatory steel practices by our nation’s trading partners, which also has resulted in the loss of nearly one-quarter of America’s steel-making capacity. 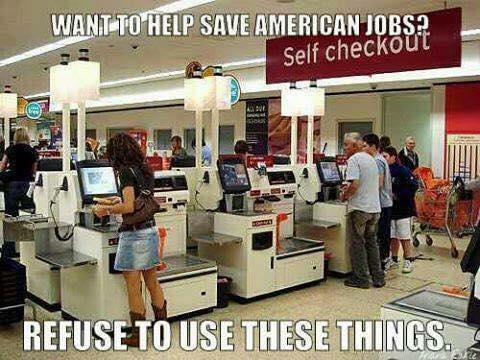 When: Saturday, March 10
Where: Parade steps off promptly at 12:00 p.m. from the corner of Smith St. and Wyndham Ave. in Providence, RI
Details: Our friend, great union leader and labor educator and organizer, Scott Molloy, will be the Grand Marshall. Please join us in honoring Scott and the Rhode Island labor movement by marching in the parade with your organization’s banner. To get assigned a spot in the parade with your group, or to volunteer to march with the RI AFL-CIO banner or the Working Rhode Island banner, contact Secretary-Treasurer Maureen Martin at MMartin@riaflcio.org. Complete the form that needs to be returned by March 1. DOWNLOAD FORM


THIS WEEK IN LABOR HISTORY

1968 – United Farm Workers leader César Chávez breaks a 24-day fast, by doctor’s order, at a mass in Delano, California’s public park. Several thousand supporters are at his side, including Sen. Robert Kennedy. Chavez called it “a fast for non-violence and a call to sacrifice.”

THIS WEEK ON LABOR VISION:

An informational picket at the United Methodist Home in East Providence by SEIU 1199NE is the site of the first segment of tonight’s program, as many local members of the labor and political communities came out to show their support for the workers who have been abused, threatened and retaliated against for quite some time now. RI AFL-CIO President, George Nee spoke on behalf of workers and local President, Patrick Quinn gave an impassioned speech to all present; and local labor leaders like the Teamsters Paul Santos and EPEA’s Val Lawson offered words of encouragement from both the public and private sectors. However, the most moving comments came from Kheanna Hart, a delegate and former employee, who was fired for retaliation after finding out the nursing home had been cheating members on their paychecks for quite some time.
And in the second half of the program, Rachel Flum of the Economic Progress Institute and Shannon Carroll of the Genesis Center return to expand on the importance of childcare assistance when trying to train and develop an urban workforce for the 21st Century. The necessity of having qualified childcare assistants to care for children while parents learn a new language or the skills needed to compete, and why employers and all stakeholders should be more interested in paying more and retaining for their specialized services, instead of having them leave for higher-paying jobs in retail or food service industries where few skills are needed.

Connect with us on social media